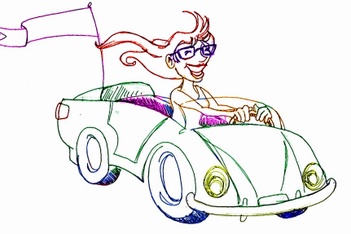 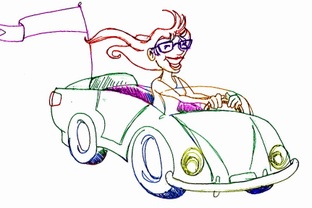 Gail's scripts can now be purchased on Amazon in book form. Coming soon a handful of traditional books, starting with Puppies the First 100 Days. A humorous look at the destruction of our home. They stole our hearts and then they stole our shoes.

Gail E. Moss is now living outside of Nashville Tennessee on an eleven acre farm with her husband, 4 dogs and every kinda bug you can think of.  Gail is a freelance columnist for LA’s Tolucan Times who’s personal works include TV pilots, "Rolling Tin" and 3-2-1. Comedy screenplays, “Act Your Age” and “The Embassy Job”.  “The Husband & Wife Chronicles” is a comedy triptych presented live on stage at Hollywood’s Samuel French Bookshop.  An award winning spec script for "Brooklyn Nine Nine", and a spec for “Mike & Molly”. She writes her own material for her stand-up act in addition to numerous sketch comedy scripts.  She is adapting her book “Twin Engins” into a family screenplay, and her suspense thriller “Wilson” is a short script that will keep you guessing, while Gail’s graphic novel “Missy Muffet” looks at the dark side of a nursery rhyme.

Her works have been recognized by BigBreak Contest, Just Effing Entertain Me contest, The Cyber Space Open and with her husband they were the winners of the Pitch & Duck Fest Pitch Fest from WME Agents. Gail served as President of The Alameda Writers Group, was Associate Producer for “Glam in La La Land” comedy events at The Hollywood Improv, and Associate Producer for “Cannoli & Haggis” a pilot presentation at The Comedy Central Stage. Gail is also an actor and comedian with training in standup and improv at Flappers Burbank Comedy Intensive, and SAK Comedy Lab in Orlando.