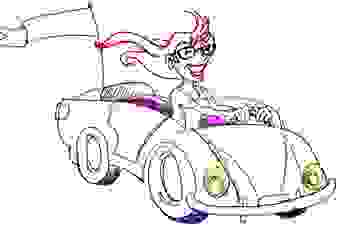 Books, Screenplays, Pilots, Stand-up Comedy, and the cute half of the writing team MossWords, with Scott W. Moss

Books, Screenplays, Pilots, Stand-up Comedy, and the cute half of the writing team MossWords, with Scott W. Moss

Rolling Tin- A Book from a sitcom pilot, now on Amazon

They story of scandal, love, politics and used car sales

ROLLING TIN is a show about Ginger Snapp, a former political strategist turned-used car saleswoman. She struggles to find a foothold in a
world of cutthroat sales while her father, a high powered operative in the world of politics, secretly schemes to get her to return to his firm.
Rolling Tin is written as a script for a half-hour TV sit-com. Meaning it has been written with the goal of having it produced as a show with multiple episodes. This is the first, if you like it, there will be more to come.

Sometimes  you gotta regress to grow up

Act Your Age is the story of a socially awkward tomboy gym teacher raised by a Marine who always wanted a son. She awakes after a fall in a “magical well” seemingly having been transformed into the twelve-year old boy- version of herself. She struggles between her new kid life, and finding a way back to her old self where she’d have to fight a rival teacher to keep her job and win the love of a handsome guidance counselor.

The Embassy Job - A Book from a buddy movie comedy screenplay

The Embassy Job - A Book from a buddy movie comedy screenplay

An oddball trio of friends; the insecure bride-to-be, a snarky cross-dresser, and a not-so-dumb blonde set out to prove the groom-to-be is innocent of embezzling from a foreign embassy. They battle a high-rise fire, bosses, bitchy salesgirls and an jerky ambassador. The friends must overcome their own problems in order to save their friendship, the groom and the wedding.

Writing samples from the hit shows Mike and Molly, Brooklyn 99

We are the writing team of Gail E. Moss and Scott W. Moss - MossWords

Gail's scripts can now be purchased on Amazon in book form. Coming soon a handful of traditional books, starting with Puppies the First 100 Days.

Subscribe to hear from us about give-aways and new releases.

A new book from Gail E. Moss about the not so funny stuff puppies do that makes us laugh.